Beat the Hell out of t.u.

I knew there was more reasons I would grow to love Beckett. I heard a rumor but it was confirmed. I've been so busy over the holidays and all which is why I haven't blogged. But nothing made me happier to see that My Josh was rooting on his favored team: The Texas A&M Aggies!!! I live in Austin but really am not a Horn fan at all. Not that I hate them like most Aggies do....but I just really wanted to attend A&M but got sidetracked in life...had loads of friends who did go so I got to attend many games at Kyle Field. I am SO disappointed that I wasn't there to see Josh introduced but Stoked to see he wore an A&M cap to the game. No telling where Josh will turn up next......now wonder who he roots for in pro-football? Cowboys or Texans??

But the next best part?? The Aggies tore it up on Kyle Field beating t.u. Wooo Hooo!!

Edit: I was perusing looking for more Joshisms.....and came across the post Red posted on 10-25-07 about his man-love for Beckett...just made me smile and swoon all over again. Just so ya understand I am not all giddy like a girl about Josh's cuteness....it's his command on the mound and post-pressers that just reel me in. 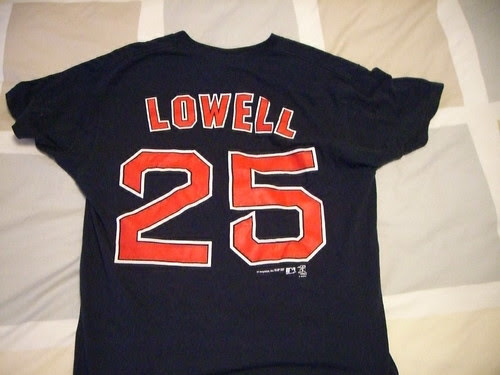 Ok so I swore I wasn't going to post about the waiting for Lowell to sign. I grow tired of looking for new material to read in the news or blogs and all I find is Sign Lowell...Mikey SIGN NOW...What's taking so long??....But the waiting is killing us all. I mean we had to endure all this back in 2004 with Tek and FINALLY right before Christmas...or was it on Christmas?? Heck...All I know is I figured SOMEONE would have to take Tek's place as "that player" who we were all sitting on pins and needles waiting to see the ink dry on the dotted line. Did ya know that Mikey has a finance degree?? and he had a 4.0 gpa in high school?? Ok So he's all set for retirement now...And he and his wife are high school sweethearts....awwwwwww
Turkey Day is around the corner and before you know it you'll be stuffed to a tryptophaned daze with pumpkin smeared across your shirt when all of a sudden you'll be awaken by someone screaming "TOUCHDOWN!!!" or "Honey, Do we have any of that Pecan Pie left??"
Anyhoo....Has Lowell Signed YET???
Posted by Tex at 9:11 PM 6 comments:

Who is That you ask? 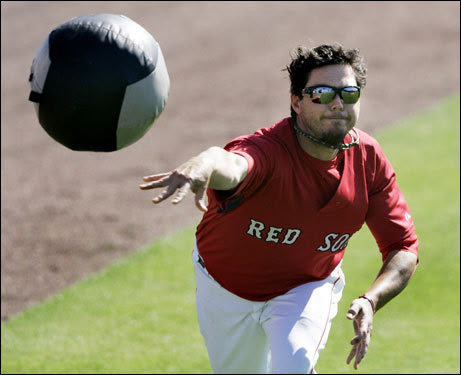 Naw...it aint a baseball. It's just The Beckett during Spring Training. It's just a 20 game winner this season, and that aint counting Post-Season! The only one to make it in the last 2 seasons. It's just Mr. October, the one who tore down the Indians teepees, crushed their wigwams, poured water on their smoke signals for help, smeared their warpaint on his face and took the Chief's squaw for his own. It's just Commander KickASS of the F.U. Brigade, the one that took a pickax to the Rockies and chipped away their hope and dreams of becoming a new empire of destiny. It's just Josh being Josh....fluent in fuckinese and Master of Post Pressers. Muy Grande in Texas of November 2002. The next year he wins WS MVP with the Marlins. The Winning Pitcher of the All Star game. The first MLB pitcher since 2005 to win his first 7 starts. Just the ALCS MVP this year. It's just JPB, the tall silent Texan. Well silent till pushed by the media with stupid ass questions. It's JPB, southeast Texas boy, Kid Heat, a 2-time World Series Champion of 2 different teams AND leagues!! All at the tender age of 27. He's been in the Show since 2001. Here it is 2007.

So C.C., keep the stinking award. JPB has plenty of time to get it. Besides, Josh is most likely sitting in a deerstand somewhere in south Texas with his gun pointed at dinner.
Posted by Tex at 8:45 PM 3 comments:

I was lying down half asleep attempting to nap while listening to some tv show in the background when I heard this comment "You fight the waves so much that you forget to enjoy the ocean." That comment resounded in my brain over and over and I woke up and couldn't get it out of my head....so here I am.
We see obstacles as just that: Obstacles when instead they can be Opportunities to grow and mature and learn from. When life's ocean brings waves to our life, we fight them, look for ways around them, go under and around....when what we should do is sink in them....feel it....the flow and ebb of where it leads....then come up for air. Perhaps if we handled stress and problems that come our way the way surfers do...they go WITH the ocean waves instead of fighting them....we'd end up at our goals. Make Obstacles Work for us. Make us stronger and better.

Sometimes It's not ALL about the Red Sox or Me 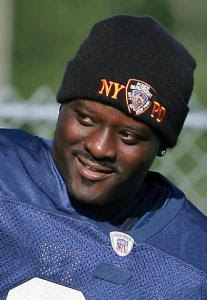 Jarvis Green. You may recognize him. He plays for the Patriots and has been filling in for Seymour in the defensive end position. But there's another position he's been filling in for another player: Father Figure.
Marquise Hill drowned earlier this year in a jet skiing accident in New Orleans. A teammate from childhood, college and then on to the Pros...now a teammate for the family. Green had known Hill since the 10th grade at De La Salle High School in New Orleans and played with him at Louisiana State University.
Now Green is stepping in to help in taking care of Marquis's 2 year old son, Máshy. Green has 3 children of his own with his wife but now is inviting Inell Benn, Máshy's mother and Máshy to spend time with his family. Inell has since moved to Austin, Texas to attend nursing school but Green is doing what he can to step in to help his friend who is gone.
In times when we in the Red Sox Nation are worried about keeping Lowell and Timlin.....Green is taking care of his own....and is helping me keep things in perspective.
Posted by Tex at 10:44 AM 2 comments:

Somewhere deep in the heart of Texas

Wonder what Josh Beckett has been doing? I mean we've been seeing Papelbon, Ortiz and Manny making the circuit. The Red Sox won the World Series for the 2nd time in 4 seasons....a 2nd Duck Boat parade....dancing in kilts. autograph signings with players...craziness. and where is Josh Beckett after all that?
Hunting in South Texas on his ranch in Cotulla, Texas....waiting to hear if he gets the CY with his ring.
Posted by Tex at 8:59 PM 5 comments:

Tomorrow a dear friend's mother is undergoing surgery for breast cancer. I don't know all the details...but I don't need to. All I know is fear exist. But I'm posting tonight to let my friend and his family know that there are people out here praying for them. See those ornaments? They are from the Susan Komen site. Hope Promise and Cure. it's YOUR Hope. Komen's Promise to find a Cure for Breast Cancer.
Remember: FEAR is
False Evidence Appearing Real. Ted's Mom, if you're out there reading. PV's, Hygs, and Rally Hoots to ya!!!
Posted by Tex at 7:59 PM 7 comments: