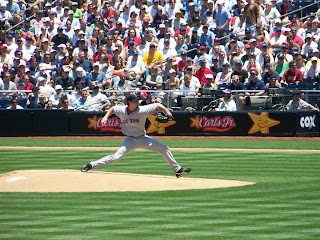 Tito has set at least four of the 5-man rotation and what role Masterson will fill this year: Beckett, Lester, Matsuzaka, and Wakefield will be the 4 of the 5-man rotation...Justin Masterson will fill in as Reliever. Who the 5th starter is and what role Clay Buchholz is going to play has yet to be decided. It appears the jury is still out on Penny and his ability due to prior health issues....some want to believe Clay will be the 5th should Tito and Theo decide Penny isn't ready to step in. With Spring Training coming to a close....we're all on pins and needles waiting to see what our line-up and pitching rotation is going to be.

ALL I KNOW FOR SURE IS THIS:

April 6th at Fenway, the season's opener, Joshua Patrick Beckett will pitch against the Rays(who's pitcher has yet to be disclosed).

And I'm sitting here trying to figure out how to finagle a way to get to Boston and Fenway.
Posted by Tex at 5:03 PM 9 comments:

The Schill is Gone...

So I can't just ignore it? Put my head into the sand?? I thought maybe if I just read about it but didn't write about it...it wouldn't be true. But Schill finally decided to hang up his cleats and when he did...he temporarily put the internet on pause....somehow I think Hell was freezing over.

He gave us a World Series we'll never forget. He gave us his bloody sock. He gave us chills, thrills, and goosebumps that series. We hurrahed on whooped when he was on the mound doing his thing....and cringed when he opened his mouth talking about politics. But we loved him cos he brought us to the Promised Land....World Series Champions!!!!

I have always been a spontaneous type of gal...but I did something I never thought I would....fly up to merely attend a parade...to see the boys float by in duck boats. It was the BEST parade EVER! 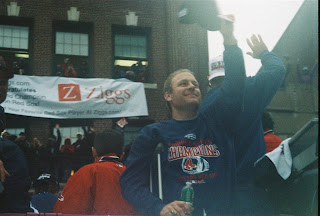 I'll never forget the year after we won when I attended Spring Training....I had been invited to a charity dinner that a couple of friends organized to benefit ALS...a disease for which Curt Schilling had become a fighter against. Sitting at one of the front tables with Curt and Shonda at the table next to me...it was one of the most surreal moments in my life. Then when I was asked by the emcee to say what was going on in my mind the night it happened....I felt like a little kid in elementary school who'd won the Spelling Bee. During the rest of the evening, some of us had a bottle of Godiva chocolate liquer and taking shots in the 2004 World Series shot glass. At one point, I looked over as I brought the shot glass to my lips and saw Curt peering over at us...watching us...he sorta had a smile on his face....I remember looking at him, raising my eyebrows as if to say "WOOOOOOT!!" 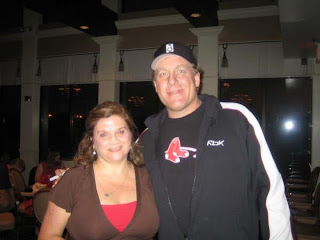 Thanks Curt for giving us 2 GREAT Years!!!! I wish you well and hope your gaming company really keeps kicking it!!!


**bloody sock picture courtesy of mlb and other two pics are mine.
Posted by Tex at 9:49 PM 2 comments: 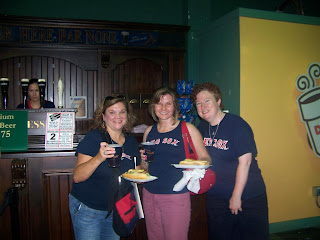 Ok...so nix the Apple Pie and although Fenway Franks are good...I'll have myself a italian sausage from the vendor across from the Guinness vendor. That's my SG buddies, Jet and KellyO before we headed into the park to watch an awesome game. I don't think I've ever gone to a game at Fenway and it's been bad...well of course they've lost some games I've attended but any day at Fenway beats a day outside the wall...the green wall, otherwise, known as The Monster. It's growing closer and closer...Opening Day is near...and I'm ready. Of course, I won't attend a game in Fenway till Memorial weekend...but it'll be worth the wait. Meanwhile...I'll be watching Xtra Innings every game I can on DirecTV. 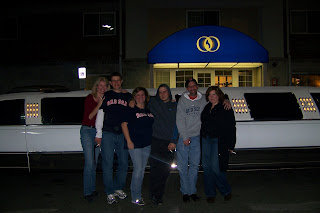 I'll be there and hopefully we can get a ride with Al, the limo driver, again. 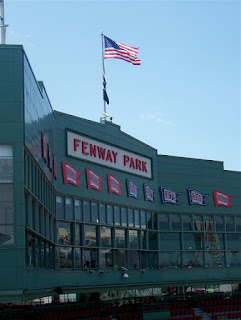 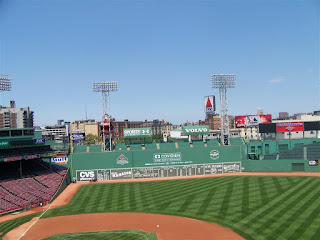 but more importantly, I'll get to see these pees.... 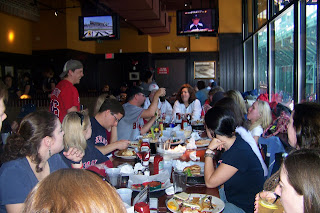 What Really Matters: While the Boys Play Ball....Hearts are being Won

It's funny how a short quick story change your attitude in such a moment. Today I was feeling sad that I wasn't in Ft. Myers with my friends attending Spring Training...this is the 2nd year I've missed. I'm at my parents home this weekend...how they have lived in this FEMA trailer since October, I'll never know.....but I digress. So I'm sitting here watching the news when a short sweet story appears on ABC. It's this story about the construction going on at the Dana-Farber Cancer Center. Apparently, at some point, the workers begin connecting with the kids. As the Ironworkers of Union 7 are building floors and hoisting up the I-Beams to make new floors, they are spray-painting the names of the children. How do they know the names of the children you ask? It seems the children have this walkway that has walls which are windows...so the children have been coming to the window holding up signs with their names on it. Hence...the connections begin. Putting beams together to build a building that could build a future cure for cancer...I find it seemingly fitting. The names of these children will be there forever....within the confines of this new building...for wishes to the others who come to the hospital.

With this touching addition the guys are doing for the kids....the kids are the real heros...