Beckett & The Rocket (Scientist, that is)

*both photos from www.parlezsport.com*
It seems one of my favorite Texan Red Sox players has roped himself a wife.  To avoid the papparazzi and media circus, Beckett bumped up the wedding date from February 1st to mid-January.  All the crazy talk from last year of why and how and who is this Holly girl he got engaged to....well I don't have any secret information of my own, but what I did figure was knowing what little I know about Beckett and him being a Texan, it makes sense he chose a girl from his hometown. Beckett seems to continue to surround himself with locals from his hometown area.  Josh did not go for the pretty girl who was waiting back in Spring for her man. Josh Cowboy'd Up and found himself a Rocket Scientist.  A Purty Rocket Scientist at that!

A cowboy wedding with Zona Jones(local Beaumont boy) singing
his new single "Two Hearts One Love" while the group dances.  You'll catch a quick glance of Holly and Josh dancing as well. If I were a betting gal, I'd say the wedding and reception took place at Josh's ranch south of San Antonio, The Herradura Ranch. How else to pull off the early wedding and getting a venue with no glitches?   So back to that Rocket Scientist gig. Holly actually is employed with Boeing as a space-engineering consultant on the west coast but time will tell if she'll keep that gig and trade it in for a much higher cause....Red Sox Wives Club donating their time to charity. Oh another little tidbit which is sort of funny...the Beckett's have asked for gifts to be in the form of Gift Cards to places such as Macy's, Bloomingdale's, JC Penney's, Amazon.com, etc. I'm still mulling that over in my head trying to figure this out. But to each his own.

I know some may think I'm hot for Beckett...but actually I just love his persona on the field...he's a Texan through and through. He doesn't apologize for who he is (he does apologize and takes responsibility for losses).  So long Holly doesn't suck anymore ERA out of Beckett...I'm good with this.  Maybe Holly has been teaching Josh some means of firing up that 'rocket' with-in  and Joshua Patrick will Bring It all the way to October.
Posted by Tex at 10:41 AM 1 comment: 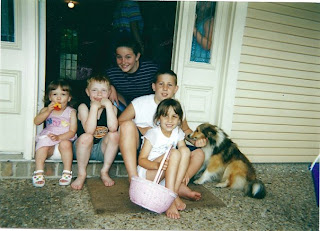 I've lived in Austin almost 9 years.  I moved here indirectly because of 9-11 but that's another story for another post.   I was in Austin area for the weekend after a job interview when I saw I had a voicemail on my cell.  Now I was way out in the country visiting a dear friend so my phone would intermittently receive calls or texts.  It was Sunday morning and I had had a nice visit with friends and was enjoying my coffee.  As I listened to the voicemail from another friends' mom(who also worked at a local police department) to call as there was an emergency. Still just thinking it was something to do with Probation...I called.  My mind went numb after hearing. I hurriedly through clothes into my suitcase, got dressed, barely brushed my hair and I don't think I bothered to put one ounce of makeup on.  Running into the other room to tell Kim I had to leave right then because Dustin, my little sister's son, had been killed. 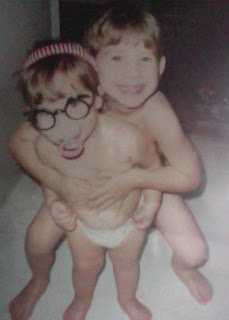 Dustin was the middle child between two sisters. The older sister who knew everything (and still does I LOVE YOU LINDSAY!!)  The little sister barely even being in this world yet but she was loved dearly by both her siblings...and she looked like me :)   Dustin was his father's right hand man on Sunday's at church, helping his dad out during Children's Church.  Dustin was a character AND he had character.  Dustin had more sense of what was right than most of us do in a lifetime. He loved to write. He loved to play the drums(like his mom did).  He is missed terribly.  My heart aches for my little sister. still.  Even though we're a family of five siblings, it was just she and I after the last sibling moved out and we were 10 and 6.  We were and are so different but she loves me like my mother does, unconditionally.  She's always been there for me while I was a single parent raising my son.  I wish there was something I could do to turn back the clock.  Memories of Dustin are everywhere in their house. Dustin's life should be celebrated. I still question why....

Everyone has been praying for my older sister's daughter, Crystal and her health and I thank you.


This time of year is always very hard. But we move forward. Tell those who you care about that you love them. Life is short. Shorter than we may think.
Posted by Tex at 11:02 PM 1 comment:

Where is the Luck You Said You'd Bring to Me?

As the new year of 2011 is beginning, I'm hoping and praying that it brings better luck than 2010 did.  As far as I'm concerned 2010 can bite Beck's tweeter and I won't speak of it fondly in years to come.  Due to legal constraints I won't discuss my feelings of my layoff from work here but due to this incident, I am quite guarded at any future loyalty to employers. I've always been one who gets back up after being kicked down...but it's getting harder as my bones are feeling it. I have hopes and dreams I've yet to see and hope to though....I refuse to believe that luck only comes in the form of 'bad' and I'm thinking this karma thing is a buncha marlarky cos I've been in the helping business my entire career so not sure who's karma I got instead of mine.

I don't think you make your own destiny necessarily either.  Sometimes SHIT happens. And sometimes Shit happens to Good People and I'm still trying to figure out why.  I've eaten cabbage and black eye peas today for my good luck to come.  I'm ready for Change and a Challenge.
The Tat pic?  Oh I'm thinking maybe I should get it to bring me good luck :)
Posted by Tex at 7:56 PM 2 comments: