For so many years, I kept a secret. It wasn't one that you couldn't find out if you were the nosy type or gossipy type...you just needed to pay attention to the news and know my prior married name and my son's name. My son was the most loving child I could ask for but as he grew up and battled with his learning disability, his father who wasn't around alot due to an evil step-mother(see Cinderella story) and my inability to select the right men for relationships...he begin a journey down a path that led him to a few stints in prison, including his current one. Not to say that he didn't try to get his life in order a few times.  He DID...but the call of drugs were too loud. When I wrote my story for Listen To Your Mother and named my story "How to Raise a Criminal", it wasn't a story of actually HOW to raise a criminal but a story of how kids go wayward DESPITE raising them right.  Plus all the praying and raising you do for them can sometimes fall on deaf ears.  That was my intent so I'm hoping that folks will HEAR that when they hear my story later this summer.  I wrote a recap of my experience on Listen To Your Mother Show which you can read here which Jennifer accurately titled it "Set Free" 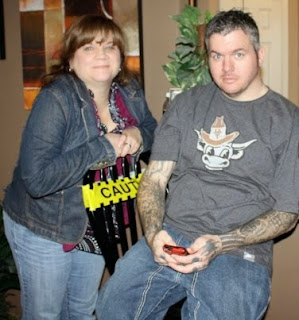 Telling your secrets when you are ready and comfortable can be the most liberating feeling...but you just have to be prepared for everyone's reactions...they may be good...they may be bad. I've been pleasantly surprised by comments of those who had NO clue of my secret and lovingly supported by those who have always supported me in hiding my secret.

I know that I'm not alone now and I hope to inspire other mothers who live with the inner struggle of worrying about their child who has been wayward over and over.

I look forward to posting my video later this summer so that you can HEAR my story. Until then...Believe, Never Settle and Know that You ARE stronger than YOU THINK.
Posted by Tex at 4:47 PM