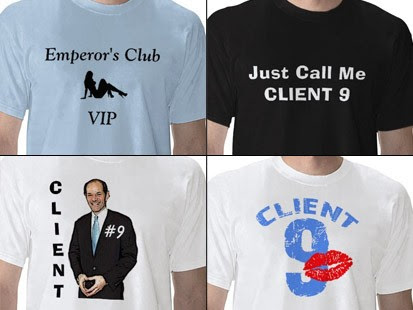 Men, Women, Cheaters, Wandering Eyes....all you listen up. You finally have an excuse to do what Spitzer did: It's an innate and according an article
"Psychologist Christopher Ryan, author of "Sex in Prehistory," says the desire for sex with more than one person has always been there - for leaders and followers alike. "The desire is not a function of status or power - it's a question of availability."
NO SHIT. Translation: We all got needs...sexual needs...we're horny sometimes. We have all this pent-up sexual energy....we gotta do something with it. I mean even Shelley Duncan and Jonny Gomes figured out what to do with it.

another bit from the article:
"Some alpha males do whatever they want for their own purposes but others can be very loyal." Alpha males often have excess sexual energy, but instead of cheating or visiting high-priced call girls, she said, many channel it into other pursuits. "Some people create things - or do things for the public good."
It's called: Restraint, Loyalty to partners, Discipline....in other words, instead of sleeping with call girls they work on awesome charity boards helping out causes for those who can't help themselves! I would add a picture of an alpha male doing charity work but I didn't want to sully their name with Spitzer's.
But still as the article puzzles, why did Spitzer and many other powerful men who could "get" any woman they wanted because of who or what they are....PAY a call girl??? Well for starters, I can say they want the risk, the unknown, someone who's willing to do the fantasy role, play nurse or school girl, or as psychologist David Buss of UT stated "Men such as those in Spitzer's position do not so much pay for women to have sex with them; they pay for women to go away AFTER having sex with them,".
hmmmmm REALLY???!!! And like my fellow blogger Muse would say: That Shit Ain't Right!"
Posted by Tex at 9:23 PM

I don't know about Gov Spitzer, but Johnny Gomes is my new hero.

And Mrs. Spitzer should be looking for a good lawyer.

maybe Mrs Spitzer can get Jonny Gomes to take out Eliot?

::snort::
//maybe Mrs Spitzer can get Jonny Gomes to take out Eliot?//

As for the problem with lack of restraint, I know first hand that it's a problem. I guess at least I can take comfort in the fact that the two who did that to me, at least didn't pay for it? =P And people wonder why I am so skeptical about men at this point...

There's an easier way. Cheaper, too. Just call her by another woman's name. After that, she'll want nothing to do with you. Ever.

Oh, but if you want her to come back, I guess you'd have to pay her...

There's a local microbrewery up here (Magic Hat) that's made a brew simply called the #9. I say we send old Elliot boy a six-pack.

I'd say he needs a keg at this point

HA! I love your "I see your lips moving but all I hear is "Blah blah blah" thing." Oh, dang. I'm going "blah blah blah," huh? Rats. So, let me get to the point (caller): Could you please put up a picture of alpha male Beckett doing charity work? Actually, it doesn't really need to be all that charitable. Come to think of it, it doesn't really need to be work. Thank you!

Between all of us Stephen, we could do it for about 33 cents apiece.